"In Tirana, the control has not yet started...", expert Karamuço reacts to the criminal groups

Journalist Hoxha shows the 'behind the scenes' of cameras from criminal groups, reveals the reason why they use them

The 23-year-old Albanian woman lost her life in an accident in New York, the details come out from the police

The disabled Albanian was caught, this is how he "wreaked havoc" with robbery in Greece

A vehicle engulfed in flames in Tirana, the first details emerge

The "McGonigal" scandal/ Berisha publishes the citizen's message: For 3 days on an island with FBI investigators

The EP officially rules out the "Open Balkans", requests the support of the "Berlin Process" with the involvement of 6 Western Balkan countries 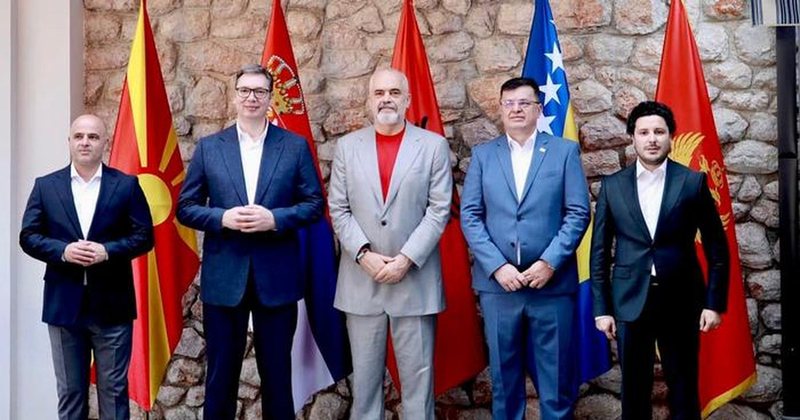 The European Parliament has officially ruled out the joint initiative between Albania, Serbia and North Macedonia called "Open Balkans", giving a direct blow to Albanian Prime Minister Edi Rama, Serbian President Aleksandar Vucic and Macedonian Prime Minister Dimitar Kovacevski. If the Russian Minister Lavrov exposed this project as part of a diversion to bring the Balkan countries into a fight with Brussels, giving it the "Kiss of Death", the EP is the executor of the Vucic-Rama bargain. Albania-EU Interparliamentary Committee for Stabilization - The association will hold its next meeting today and tomorrow (December 1 and 2) in Brussels. Meanwhile, the newspaper "SOT" has provided the Resolution which is expected to be approved in the end, as the MEPs in the resolution welcome the start of the process of negotiations between Albania and the European Union. while they also give a slap to the "Open Balkans", since as noted in the document, the support of the "Berlin Process" with the involvement of 6 Balkan states is required. "Encourages Albania to continue its constructive role in the development and cultivation of regional cooperation and its active role in regional initiatives, underlining the importance of their inclusiveness; welcomes, in particular, the three agreements signed within the framework of the Berlin Process by the heads of the six countries of the Western Balkans on November 3, which will facilitate the free movement of citizens throughout the region and the mutual recognition of the professional qualifications of doctors, dentists and architects; welcomes the abolition of roaming charges between the six countries of the Western Balkans; encourages, in this regard,

The "McGonigal" scandal/ Berisha publishes the citizen's message: For 3 days on an island with FBI investigators

"The majority should not deal with the 'Netflix' opposition", Bushati "confesses" on the "McGonigal" issue: We must be in one voice with the USA

Part of the McGonigal scandal, Miliam Zeka reveals the "strong" reason: This is why the Americans do not investigate Rama

The well-known journalist tells the plight of the prime minister: Until a week ago he was "all-powerful", today he is "on the verge of the winter of great loneliness"

The democratic deputy denounces the gas factory in Porto Romano: Mine with the clock!

Why is Rama silent about the relationship with McGonigal? Kreshnik Spahiu "deconstructs" the prime minister

6 'bombshell' cases in 7 days at SPAK, Kreshnik Spahiu reveals information that shocks Albanian politics: I tell you which politicians will be arrested first

Kreshnik breaks down the political 'coup' that is being prepared: Berisha risks political annihilation

Rama for the Montenegrin media: The Balkans have never been in such a favorable position

"Be the first and last time you say that word to me", Kiara 'explodes' badly to Luiz

Luizi and Kiara are busy today for a word. Kiara criticized Luiz for the vocabul...

"I know Jensila as...", Monika Kryemadhi has a comment about the singer and Bes Kallak

Monika Kryemadhi was one of the guests of the host Luana Vjollca in the entertai...

"Everything I do is strategy, but with Kiara...", Luizi confesses 'without gloves' to Tea

Luizi and Tea were chosen by the public as the winners of the test of the week b...

In pain, Professor Robert Radoja remembers his late wife: The two sons grew up without a mother. Gone young, but...

Both in the moderation of "Big Brother Vip", but is there a "crack" in the friendship between Jonida and Arbana? (Photo)

Olta surrenders from the "BBVA" game? The determined actress: That Luizi will win, that job is over

Olta Gixhari has already said many times in conversation with other residents th...

The tragic event of "January 21" is being twist...

Lulzim Basha and Garry Kasparov, together for d...

Here are the two scenarios that await the SP if...

Can we call the state matura a failed reform?